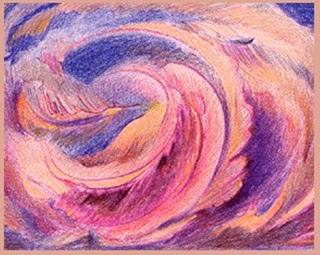 So, roles within our family are always changing and evolving. Motherhood has done something awesome to my sister in that she now can think calmly and rationally no matter how pissed off she is at someone, a skill I lack in the utmost of capacity. So now our conversations about estranged family that is making all the badness with my uncle in ICU go worse go something like this:

Me: (screams a bunch of psycho rabid dog stuff about our estranged family)
She: (calmly agrees with what I said but rightly points out x, y and z as to why we need to get along with them)
Me: (begrudging agreement because she is now the saner sister)
She: Now go grind some meat* and feed Jow dinner. Also, jinx family member Z.
Me: . . .really?
She: Yeah I’m co-signing. Go make a doll and call him Fredo and do what you need to do.

When everything is falling apart hardcore, it’s the little things that are pleasing. Just planning all the jinx-y inconveniences I would do to Fredo (syph! get caught in all his lies! Never drive a nice car!) made me feel better, better enough that if Fredo has any bad low level luck, well, maybe it’s my fault in a low level Malocchia sort of way but not in a super intentional sort of way.

Self care, real self care (not just in the form of a pizza or whatever other comfort food you can jam down your throat) during a time of crisis is hard to come by, especially when you come from a family of do’ers who like to burn themselves out. But it’s important, even vital to the process.

When contemplating self care, I also contemplate how maybe this time/energy should be put into magic. But the more I thought about it, past trying to do my japa practice, send reiki and make some heart felt petitions/novenas to Our Lady of Guadalupe, it just hasn’t felt right. I’m a mess, I’m not thinking clearly and the world as I know it may be changing in drastic, permanent and sad ways. Sometimes, past prayer. . .in my opinion, magic just isn’t the answer. A shocking view among us here on our corner of the blogosphere, I know. If I were a “proper” magic user (whatever that is right?), I wouldn’t be daunted! Nay! I would gather my magical tools and beat god/dess/es in a show of SHEER FORCE OF WILL! I will win this, universe!

Except . . .I can barely manage to shower (fibro during times like this? Also not awesome), how exactly am I going to show the universe who’s the bitch in this relationship? And here’s another phrase that is supremely unpopular among magic users (including Jow on most days), I can’t.

I mean for me, firstly, honestly, because I don’t believe I can best the universe in a pissing match for it is much bigger than me but *mostly* because I don’t have the will. And magic is all about will. Dorking out, in White Wolf roleplaying games, Willpower plays a role in your character sheet. If you’re playing Vampire**, willpower is so important that if you lose all your willpower, you will immediately go into a vampire frenzy and will be unable to see logic or reason and kill everything in your path. And in WW’s Mage, willpower can affect your ability to cast a spell. At the risk of sounding like someone who believes that D&D is truefax, I think it’s true in real life spell casting.

In WW, you can regain your willpower points which helps you be more effective through various methods. I will share here some of mine:

– Cooking. Even if it’s baking bread in the bread machine, making something from scratch start to finish gives me a sense of accomplishment. I find also making a full meal with fresh ingredients and eating healthy foods help too.

– Exercise. It gives you a place to put your aggression.

– Mind Rotting TV. I always feel better after an episode of Intervention or 16 and Pregnant. My problems seem downright manageable afterward.

– Focus on things you can control. I personally focused on teeth whitening and self tanning as well as my spring looks.

Sometimes I feel like I could be doing something super awesome right now with my time but the truth is, it’s hard enough to get through the day. And that’s okay. Regaining willpower through self care is a necessary and dare I say sacred act and right now that trumps just about everything but what I am using to deal with my fam’s medical crisis. It would be nice to be having a grand time of it right now, it’s spring, sort of, I have ideas and plans for things I’d like to do and wouldn’t it be fun to be dressed nice and go someplace awesome and do something spontaneous? It sure would be! But it’s not where I am. And owning where you are makes it possible for you to get to the next place, which will hopefully be better. Where ever that is.

* When I went through my divorce, using my meat grinder attachment on my MixMaster was one of the few things that kept me remotely sane. It was weirdly therapeutic, I don’t know, I guess the Sweeney Todd aspect of it or whatever. If you have a MixMaster but no meat grinding attachment, buy one right now. I mean it. It will change your life.

** I want that 20th Anniversary Ed of Vampire: the Masquerade so bad I can taste it and I don’t care who knows!