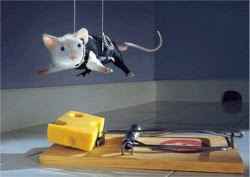 So, as we’ve established in a previous post, cursing is indeed a sometimes food and one that I’ve established that at least for myself, is okay to do sometimes. Now. I don’t know about you, but let’s take a moment to be real with ourselves. Once you learn a new trick, you want to do it for everythang* [NSFW] (everythang? Yes. Everythang). Blood magic? Everythang.

Luckily, thanks to having a system in place to consider due to my complete lack of impulse control, I pondered a situation I had been pondering for quite some time. Do I want to act? I consulted Miss Spice about this situation who pointed out that while of course she would support whatever psychosis I decided to engage in, perhaps it may be seen by Beings Bigger than Me (BBtM) as overkill. I decided to look into some possible actions. Just some curse window shopping, you know?

And I ran into the problem I always run into when it comes to cursing. I am still more pussy than badass. But more than that, it brought me to the question I always wondered, what if you don’t want to completely destroy a person? What if you just wanted to irritate her** somewhere between a little and a lot?

I mean, let’s be real. Goofer dust? War water? Damnation oil? That means you have your I’m Not Fucking Around, Bitch face on. And I totally respect that! But I have this thing, this hangup where I don’t want to be the cause of someone’s death because I have way too much Catholic guilt (or I haven’t been mad enough yet, you choose!). There is of course Hot Foot powder which would be a potential fit, but it can be problematic to lay down a trick like that if you don’t know where the person lives and/or don’t want to involve bystanders. I also question if it’s as effective to do it the candle magic way because it means you haven’t been motivated to do all the footwork (try the veal!) yourself.

I’ve had people offer to do a trick on my behalf for this situation. While *immensely* flattering, if I am going by a quasi judicial system, that would mean I hired an assassin. Which, generally puts Murder Two on the table, I believe. So in other words, while I may not have done the hit myself, but for hiring a hit person to do the deed, it would not have happened. I don’t get to slither like a serpent out of it and need to be willing to hold myself accountable/go to Gods Court for it.

So what is a dilettante to do? For me at least, I started really thinking what I wanted out of the situation past the initial impulse where I wanted fire and frogs to rain down from the sky and the person to be eaten alive by a pack of flaming (as in on fire) dingoes. So I thought on it and really tried to get to the heart of the issue. What was really gnawing at me?

So where to go from there? I contemplated who would be a good BBtM to hear my case and hopefully assist me. In this case, Mouse is a good (though ironic) candidate for me because mice are known for creeping quietly and accomplishing what needs to be accomplished, without notice. I spin yarn, so I can spin a line with intention for Mouse to follow to get my shit back for me, after making an offering to Mouse. I would use mint, poppy seeds and an object directly relating to this situation to put together a little packet for a phys rep as we say in RPG land. I then would say a little rhyme and tie the yarn in knots around the packet a certain number of times.

Now, my first thought was, oh man. This is just another white lighter attempt on my part to try to rules lawyer my way out of getting my hands dirty. But the thing is, I don’t want to destroy the person(s) involved with this issue. I just don’t. And I don’t really want any collateral damage in the process either (a possibility that Miss Spice had pointed out). When I am tired of being mad, I tend to want what I always want; what’s fair. And typically in a court situation that means neither party is happy, neither party is sad, it’s just what’s right. And that’s all I really want here.

I mean, I’m human. Who doesn’t want to salt the earth a la Willow just to prove what a badass you are? THAT’S RIGHT MOTHERFUCKER! I DID THAT! WHO’S YOUR DADDY? I’M YOUR DADDY! BECAUSE I DID IT TO YOUR MOMMA! But really realistically, I don’t feel like I need to do something ridonkulous just to prove that I’m a badass. Last I checked, being part of the occult community didn’t require being jumped in. So I think I found a good solution, and I’ll be interested in seeing the results to it.

* – Katt Williams says some really fucking awesome things about needing to be your own star player and haters and such. I actually find him really inspirational in addition to hilarious.

** – I will be using the feminine pronoun to refer to a generic third person from here on in, as much as I remember to do so.